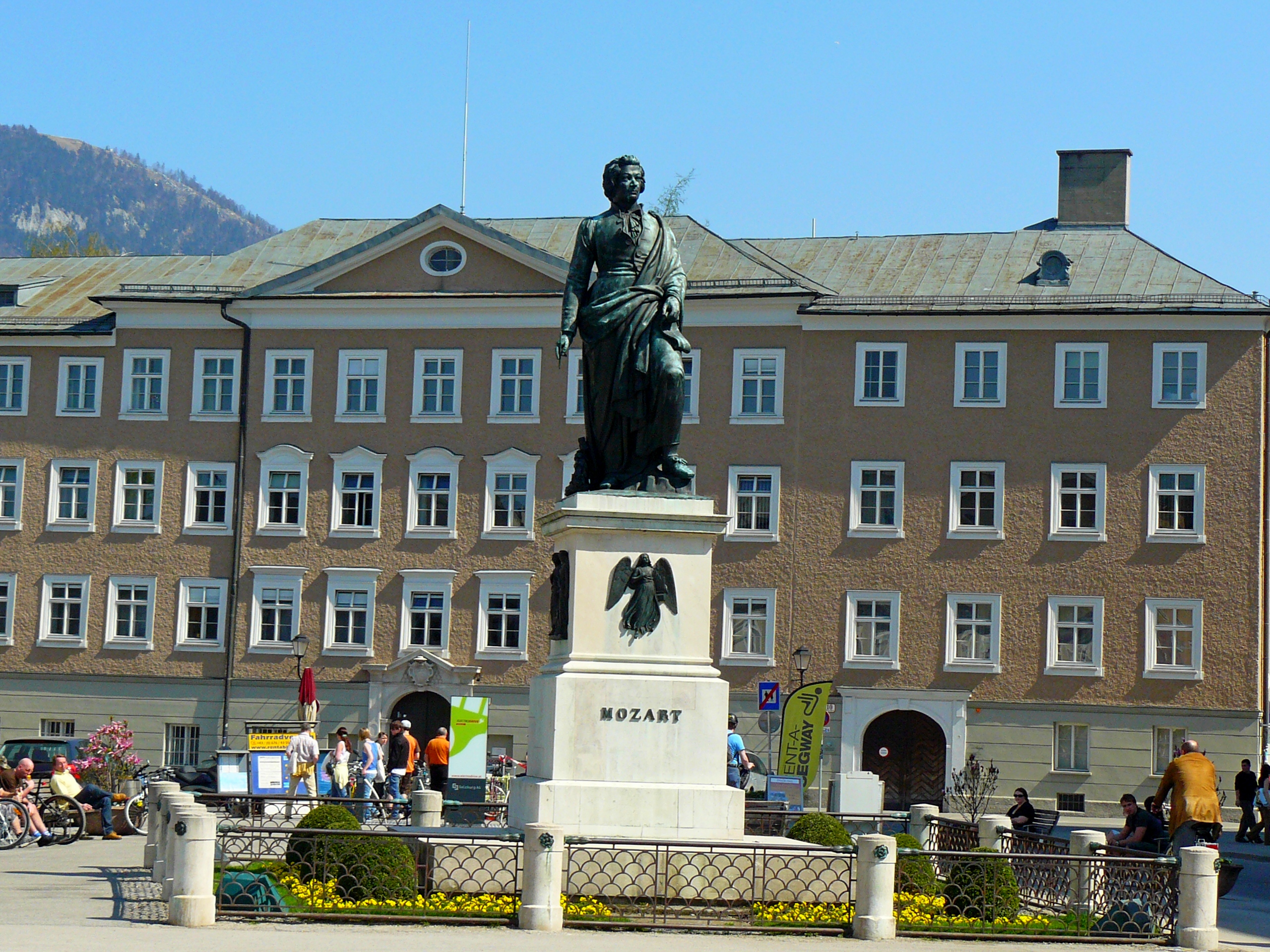 Salzburg is the fourth largest city in Austria. It is a world heritage site and famous for being the birth place of Mozart. The presence of Salzach river adds a different dimension to the city. And then there is the omnipresent Hohensalzburg fortress. But in addition to this what makes this city enchanting is the old world charm of the Baroque architecture featured in the different monuments and buildings.

Salzburg and Garmisch-Partenkirchen were Part of the same trip, with both having different appeal. After spending the first three days in Garmisch, on the fourth day we went to Salzburg. We were there on 12th, Sunday and 13th April, Monday during Easter.

We boarded the morning 7.04 AM train from Garmisch to Munich and reached at 8.28 AM. Then took Deutsche Bahn to Salzburg at 8.47 AM and finally arrived at 10.41 AM. Bayern ticket is valid for this journey to salzburg, though it is in Austria, and costs 30 Euro. Five persons can travel with this ticket, on weekends and holidays for the entire day, but on weekdays the ticket is valid only from 9 AM to 3 AM.

There is a tourist information centre in the station, from where we gathered the required information regarding the sightseeing options. We purchased the 24 hours Salzburg card for 22 euro each. The card is valid for 24 hours from the time of first use and not by date. All the entries, for the places of interest and public transport is included in this card. There are cards for 2 and 3 days as well. This card is highly recommended, as this is most economical.

We took a taxi to our apartment. After resting for a while and a bit of a lunch, we were ready for the day’s excursion.

Salzburg is a small city and most of the places of attractions are near to each other at walkable distance. It is suggested to stay near the city centre and not Hauptbahnhoff which is at some distance.

We got the instruction on how to reach the city centre by foot, from owner of the apartment. It took about 20 minutes by walk. We went through a tunnel and found a fountain on the way.

We headed towards a church which can be seen from the fountain. Just opposite to the church is the famous Getreidegasse. It is a shopping street with attractive wrought iron guild signs.

Mozart’s birth place is also situated in this street at house number 9. The rooms used by the Mozart family is now a museum. There are few articles used by the family in display. The violin used by Mozart in his childhood is one of them. We used our Salzburg card  here for the first time.

We went on through the same street to reach Mozartplatz, with the statue of Mozart in the middle.

Salzburg museum, Residence and Salzburg Cathedral are all adjacent to each other. We went through Residenzplatz with the Residence in our right, into the Domplatz. Horse carriages were waiting for passengers in front of the Residence.

In the centre of the Domplatz there is a column with Virgin Mary on the top.

Dom or the Salzburg cathedral is on the left as one enters the platz.  It is an impressive piece of Baroque architecture with a mighty dome.

The dome inside the cathedral

The cathedral has many beautiful frescoes on the walls and ceiling.

Frescoes on the ceiling

Kapitelplatz is just after the Domplatz. There is a man on golden globe at the entry of the platz.

Man on the golden globe

People are playing over sized chess beside it.

There is Chapter fountain at a corner of the platz.

From here we went to the nearby Hohensalzburg fortress. The presence of this fortress is felt most of the time, as it is visible from many of the city monuments and places. From Festungsgasse we took the funicular railway to reach the fortress. From here we had a very good view of the Salzburg city with Salzach river flowing by.

The final destination for the day was Hellbrunn Palace. We took bus number 25 from Mozartsteg. The palace is famous for two things. One, the trick fountain. Two, Sound of Music pavilion. It was almost time for the last guided tour of the day for trick fountain. We rushed to the counter to collect our tickets, showing the Salzburg card. Luckily we were the last to get the tickets.We followed the guide and he showed us the different tricks of water during the tour. It was about half an hour tour and was really fantastic. Most of the people got wet from the tricks played on us by the guide, and we were among them.

After the tour we spent some time in the garden where parts of the movie ‘Sound of Music’ were shot. We were quite tired after the hectic day and came back to our apartment.

That was the last and final day of our trip. We went to the Mirabell palace and garden, on other side of the Salzach river, which is very famous for the movie ‘Sound of Music’. The song ‘Do-Re-Mi’ was shot here. It is a beautiful garden with lots of variety of gardening. A part of the garden is having statues of dwarf.

Dwarfs in the garden

While returning from the palace we enjoyed the beauty of Salzburg, sitting on the bank of Salzach river.

Then it was time for revisiting the streets and squares to admire the city once more. Believe us, it was as much interesting as it was the day before. There was an opportunity to take photograph with a setting of 18th century, which we could not resist.

Back to the past

Everything around us was so beautiful, it seemed like time was running faster than usual. We had to catch the train to Munich, so we hurried back. Though our trip was only for two days, we enjoyed a lot.